Searching for an identity: wanting to be Jewish

While teaching my English class, two students chose the topic of 'travel' to talk about the state of Israel. To my surprise, the discussion that followed revealed a lot of positive sentiment  about the nation amongst my students. If anti-Semitism is on the rise, then how and where did these youngsters form their opinions? I never got a satisfying answer to this question, but I kept it in the back of my mind. Until I came across this article:


Millions of people in Israel and around the world see themselves as part of the 'Jewish family,’ seeking an affiliation with the Jewish religion—with or without officially converting. Two researchers try to explain how, after 2,000 years of rejection and humiliation, Judaism has gained such a following.

If the researchers mentioned in this article are correct, then there must be millions of people searching for an identity, which seems to be causing quite a problem for the Rabbinate:


“The conservative approach looks at this phenomenon with horror,” says Dr. Fisher. “The conservatives are afraid that the great mass of new members will seriously damage authentic Judaism and the identity that has been preserved for so many years. Their solution is simply to raise the walls, create more and more difficulties for those seeking to join and to allow the conversion of very few.” 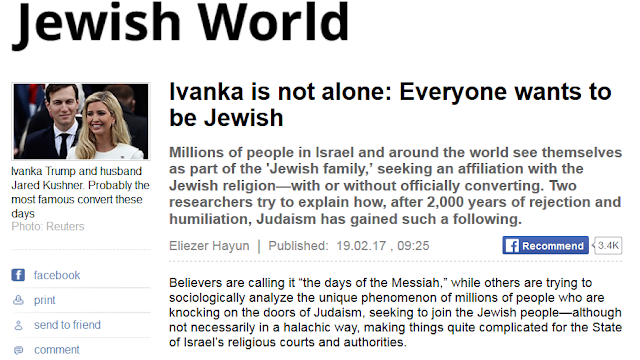 I have no way of verifying the findings in this article, but I do believe that more and more people are suffering the aftereffects of the forces in our current world ripping apart families, religion and a sense of belonging. The search to fill that deep craving in our psyche is on.

The Global Citizen project has been developed to leech on to this need for an identity. Their proposal is appealing to the way our brains have been programmed: to build families and to worship and make music together. Many unfortunate millennials have grown up with both parents at work while they were carted from one childcare location to another. Some grew up in dysfunctional fractured families with temporary siblings and disappearing fathers. Even those from stable family backgrounds grew up with a steady diet of televised sitcoms and films in which the traditional family is either ridiculed or absent. This generation is particularly vulnerable to the lure of a fake family identity.

I fear for this generation, but I hope that they will have access to the right information to make an informed choice about their rightful identity.

To understand the background to my reasoning: read The Two Covenants
Posted by Bernice Bartelds at 13:25