While researching the Internet of Things or IOT and the IOT Alliance, I came across an organisation with the same acronym: Intra-European Organisation on Tax Administrations. Prepare to raise eyebrows. A few excerpts from their website: (bold emphases mine)

IOTA was established in 1996 in the 3rd Conference of Central and Eastern European and Baltic Countries’ Tax Administrations held in Warsaw.


The Secretariat became operational as of from 1 March 1997, with 7 founding members.

At the 1st General Assembly (29 September – 2 October, 1997) the Seat Agreement was signed between IOTA and the Government of the Republic of Hungary. The first Executive Secretary of IOTA was Mr. Jacques Carre from the French Tax Administration.

IOTA in the initial years successfully concentrated on profile building and establishing credibility on the international scene.  A common understanding was also reached that IOTA represented the members’ mutual interest by providing a forum for the exchange of experience and assistance for the modernisation of tax administrations in Central and Eastern Europe, especially in the context of the enlargement of the European Union. By the joining of the EU of several member states the profile of IOTA has shifted from assistance in modernisation to share of experiences and best practices.

In the past years IOTA has significantly widened its membership and its international activity.

So the IOTA started off with a European focus, specifically 'in the context of the enlargement of the European Union'. German Foreign Policy explains:


With billions in arms programs at the EU and national levels, the EU is seeking to become a globally operating military power. At its summit last week, the EU agreed not only to enhance cooperation among the member armed forces to facilitate their combat deployment - for example in Africa - but to also rapidly establish a "defense fund" planning to reallocate funds from civilian to military use.

In a few years, Brussels will already be allocating €1.5 billion annually for both research and development of new military technology. The German government is also increasing its military spending and decided last week to allocate nearly ten billion euros for arms projects, including warships, tanker aircraft, satellites, and optimizing existing weaponry for current wars. In addition, billions are being earmarked for completely new projects. Lucrative for the arms industry, they include the Multi-role Combat Ship MKS 180, and a new fighter jet, capable of competing with the US F-35 and being integrated with guided missiles, drones and other weaponry.

Europe is on the war path. She needs money from her civilians, through taxes and by diverting funds allocated for other uses. And during these preparations, she is drawing in the international community. We can get a glimpse into this significant widening of its international activity by clicking on another page of their website: Promoting IOTA on a Global Scale:

The ‘Tax and Development’ global conference was held in Berlin on 14-16 June, 2017 organised by International Tax Compact and sponsored by the German Economic Cooperation and Development Ministry, the European Commission and the Foreign Ministry of the Netherlands. Conference gave all stakeholders opportunity to connect to each other in interactive sessions such as Market Place, Open Space. IOTA took an active role in presenting the organisation.

The conference was evolved around the Addis Tax Initiative (ATI), a multi-stakeholder partnership in capacity building in the area of domestic resource mobilisation. The event brought together representatives from developing countries, donor states and organisations as well as experts, academics and civil society representatives. More than 150 participants including more than 40 organisations/institutions such as EU, United Nations, Worldbank, OECD, IMF took part in the event.

This leaves me with a lot of questions. Why are the United nations involved? What is 'domestic resource mobilisation'?

But first, a quick look at IOTA's mission and vision:

Our Mission
To promote cooperation between tax administrations in the European region through the sharing of experience and best practice, to be a source of professional knowledge and expertise about practical tax administration issues.

Our Vision
To be a key international tax organisation for strengthening its members’ ability to collect tax revenues, ensure taxpayer compliance and deliver taxpayer services to the highest professional standards, in order to finance public expenditure for the common good.

I decided to check 'domestic resource mobilisation' and the penny dropped:

Now I understand why the United Nations is involved. They are the 'owners' of Sustainable Development Goals, the very communitarian agenda those poor Millennials are being brainwashed in to through the Global Citizen organisation. They need tax money, lots of it, to make us pay for our own enslavement.

Conclusion: IOTA is first and foremost a vehicle for European empire building. Secondly, it is persuading globalist institutions to collect taxes on a global scale to implement the United Nations agenda to usher in a world dictatorship. Moreover, war seems to form a significant part of their plans. 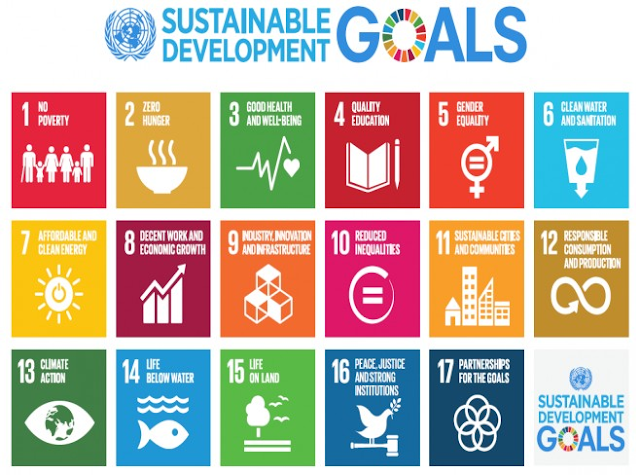 Posted by Bernice Bartelds at 19:36