A world of biometrics, biosensors and biochips

Our world is changing much faster than we can keep track of. Take digital medicine. Biosensors are now being applied in new areas that make you wonder if there is still such a thing as patient confidentiality, autonomy and sovereignty. Two examples out of a whole host of new high tech innovations:

The biosensor pill that speaks to your minders
The FDA has given approval for a bio-tagged pill that sends a signal when it has been swallowed. No more One Flew Over The Cuckoo’s Nest where patients can pretend to take a pill they don’t want. Your doctor, family, psychiatrist, prison guard and the government can now monitor compliance. The first drug to be publicly tagged is a schizophrenia drug – who could possibly object? It’s better for society as a whole and for the individual patient to have this monitor in place, right? Except it is the thin end of the wedge. Soon we won’t be allowed to exert our rights over our own bodies any more. Tag everything, track and trace everything that moves.

The role of smartphones 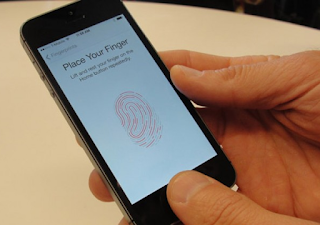 Notice the increasingly important role that smartphones are being given, even with this new digital medicine. We are being trained to have everything kept in one place. From there, it will only be a small step towards the more convenient chip in our hands. Phones can be lost, phones can fall down toilets, they can be stolen and they can break down. Their batteries run down and other people can use them. Soon they will only have a function as our own personal reader, to see what information is kept on our in vivo device. meanwhile, smartphones are being fitted with various biometric devices.
See: Top 10 biometric smartphones

Otsuka and Proteus Digital Health have won FDA approval for their digital medicine. The approval clears Otsuka to start selling a sensor-enabled version of its schizophrenia drug Abilify designed to improve compliance.

The product, Abilify MyCite, is a combination of Otsuka’s treatment for schizophrenia and Proteus’ adherence-tracking sensor, which won approvals individually in 2002 and 2012, respectively. The sensor sends a signal when it comes into contact with liquid in the stomach. This signal is detected by a wearable patch that relays the date and time the pill was taken to a smartphone app, which, in turn, can share the information with doctors and family members.

Biosensors are NOT biometrics
Biometrics are being introduced into every area of our lives. Fingerprinting, iris scans, facial recognition, voice recognition – the list goes on. We are being trained here too: we will be told that biosensors and other biochips are a form of biometrics too. Nothing could be further from the truth – the system of biometrics by definition only identifies external features of the living body, not mechanical devices INSIDE the body. But we are being duped into thinking it is the same thing.

Biometric banking is meant to train us towards biosensor banking: Facebook
Here is another example of external biometrics. It's interesting, because we can see how biometrics are being linked to financial uses - which is the core of the ID2020 drive. Facebook has decided to step into the world of banking with biometric payments:

A patent application filed by Facebook and published Thursday by the U.S. Patent and Trademark Office (USPTO) indicates the company’s intention to move into the retail payments market. The filing describes a method of using facial recognition as a secure and convenient method for physical retailers to authenticate customers’ identities.

[their device] consists of capturing a facial image at the point of sale, matching it against one stored in the user’s account to authenticate both the user and the payment account, and a request for confirmation sent to the user’s device. The user’s facial image is matched by comparison with “a plurality of images corresponding to a plurality of users of a social networking system.” The payment system identifies the merchant, its location, and the user’s presence there with GPS data.

The method avoids requiring users to open a payment account or additional mobile application to make a purchase, while protecting user accounts against device loss and fraud, according to the filing.

In October, it was revealed that Facebook is testing a facial recognition system exclusively as a mechanism for recovering a locked account. Source: Biometricupdate.com


We need to be aware of the big picture. We are about to be hit with an overwhelming array of new inventions. If we refuse to embrace them and incorporate them into our lives, we will lose access to the comforts we have grown accustomed to. Next, we will lose access to life's vital necessities unless we buy into a digital world connecting our bodies to a worldwide web of biosensors.

Posted by Bernice Bartelds at 00:06