What if your identity was always in your hands? 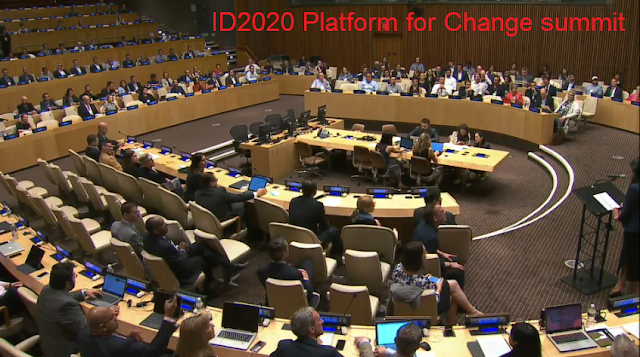 Taking a closer look at ID2020's progress
I think I've got my audience pretty much in the picture about what the banks are working on now (here and here), but let's take a small step back and see how ID2020 is progressing. And for that, we need to look at the driving force behind it: the UN.

One insightful moment is the recent ID2020 "Platform for Change" summit. I am going through the live Web TV recording with a fine tooth comb at the moment, and I am scouting around for someone to help me download the three hour video and break it into small sections to process per topic. Some of these topics are India's AADHAAR biometric ID system, and the GAVI alliance for vaccines, both of which I have been following recently. The presentations explain them better than I can in an article, although I will be writing more about them in the future. Meanwhile, this video will have to do for those who want a quick introduction. Do take a look.

Toddlers with a box of matches
Each presentation and each panel discussion gives an intriguing glimpse into the mindset of these people: anything from genuine enjoyment and pride to be working to create a better world, to a sense of adventure and potentially huge rewards, but also frustration at the lack of progress and a heedless disregard of the powerful changes they are unleashing. I get the distinct impression of a group of grown up toddlers excited about what you can do with a box of matches. And they all seemed to be aware of some spirit in the room, which they were reluctant or perhaps didn't know how to describe.

A picture paints a thousand words
Accenture managing director David Treat gave a particularly interesting presentation about the prototype for ID2020, starting at the 2:24:00 of the clip. I think the images displayed contain a lot of symbolism, reinforced by the language accompanying it: 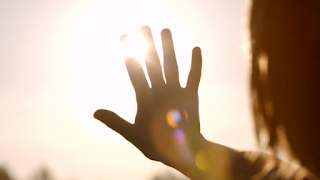 "What if your identity was always in your hands?"

What do you mean? Literally in your hands or only figuratively? Are we being nudged here into getting used to a biosensor situated INSIDE our hands? 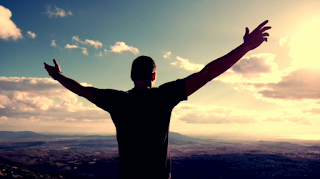 "What if saying who you are is as simple as saying "I am"?"

Bible readers  will remember that "I am" is one of God's names. The fourth commandment teaches us not to take God's name in vain, which can be translated less literally as "to misuse".

This image of a man in a worshipping attitude facing the clouds (the Cloud?) reminds me of the elite's belief system of Gaia, the 'Earth' goddess with whom they want us to be joined through what they call 'connectivity', for which one might choose an image of joined hands as portrayed in the clip.

What was left unsaid?

When I saw their choice of imagery and language, my suspicions were aroused, all the more so after the next section when David Treat started to explain how ID2020 would work in practice. He sounded as if he wasn't putting all his cards on the table when he said at 2:34:4


"I appreciate the point that biometrics is on the way out"

and a bit later:


"The platform we used captures any form of biometrics: iris scans, face and other..."

His voice faded a bit on 'other', he stuttered, hesitated, mentioned fingerprints and didn't regain his composure until after getting past this point. There's another point in his presentation when he refers to 'a token, a necklace as a device' and there he stutters again.

Hmm. It is at this point that I have a question: what about the biosensor technology various tech industries and labs are working so feverishly on? Why not mention these? Is this the technology David Treat didn't want to mention in public?

But perhaps I am seeing too much into this. Here is the whole live recording of that UN session: Webtv.un.org

I have selected three tidbits from this website which gives an overview of what was discussed at the ID2020 summit.


This universal database would nominally be “owned” by the United Nations or another similar non-governmental actor, but it would be governed by national governments and designed to accommodate variability in national rules, structures and regulatory frameworks. Each country would be responsible for the data captured on behalf of its citizens and would provide all the “consumer-facing” services needed to collect the identity data.

Beyond the philosophical questions there are purely pragmatic reasons a “self-sovereign” identity system may be difficult to implement. As discussed above, the delta between vaccine coverage rates and registration rates in many countries indicate that existing government programs have significant reach. Piggybacking on these programs will be critical to finding and registering every child. Leveraging the relationships between individuals and the private sector, including mobile phones and Facebook accounts, provides another valuable delivery touch point, but relying solely on these risks missing those most in need, e.g. marginalized populations, those living off the grid, or the “last girl.”

The ultimate goal — a legal identity for the 1.5B people currently without — takes priority over any notions about how to accomplish that goal. Providing everyone on the planet with a legal identity would expand access to democracy, unlock economic and legal rights, facilitate the provision of healthcare and education, and accelerate global economic development. In fact, it’s hard to overstate the implications if we were to get this right. Let’s get to it, with the urgency and the humility this goal demands.

Posted by Bernice Bartelds at 13:42