Google's Search for the Missing Link


Which single issue is hampering the globalist’s efforts to tag every human being with a number? Why have they not yet given everyone a single digital ID number yet? What is holding them back?

Caught in a digital net: RFID and biometrics 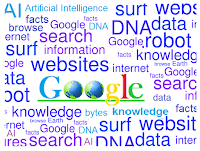 We travel with an RFID chip in our travel card. We pay for our purchases by swiping our RFID credit card across a reader at the supermarket or at the petrol station. More and more schools insist that their students carry their school-issued ID card wherever they go. And let’s not underestimate the power of our mobile phones: they listen in on our conversations, they track and trace our movements, they show us who we are though our networks on social media, our contacts and our choice of apps. That’s just the RFD technology in our lives.

As for biometrics: Amsterdam airport offers travellers the ‘benefits’ of checking in by facial recognition while American and Canadian airports fingerprint and iris-scan their visitors to their heart’s content.

Then there is the data: Google collects our surfing behaviour and looks into our emails. Facebook users have to agree to giving Facebook the right to browse through their personal computer and their smartphones.  We freely give away our data with each and every questionnaire we fill in, with every Amazon purchase, while our televisions and mobile phones record everything we say and do. Even governments agencies are collecting every smidgeon of information they can gather through their interactions with as. These data are subsequently pooled and used by multiple sources.

We are already caught in a worldwide digital net recording our every move, so why have they - the world's leaders from governments, business, banking, healthcare and charities - held back at incorporating all these different data into one system of global IDs? We already have all of the digital infrastructure in place. Is this not enough?

The missing link
The answer is a small device that is almost too minute to see with the naked eye: a tiny nano-sized data holder, small enough to be injected via vaccination. These devices already exist, and are used for a range of medical applications. These biosensors, biochips, nanobots, biomarkers and MEMs can collect information inside the body, transmit data, deliver nano-sized cargo to a designated location in the body and more, but there is one thing they can’t do: they don’t know how to stay inside the body for any length of time, nor can they be relied upon to stay in the same place. Our brilliantly designed immune systems won't allow them. Consequently, we won’t see the ID2020 system implemented fully until they have found an in vivo device that can circumvent our defenses.

We have been trained well…
A digital ID number for every global citizen could easily be realised through existing technology. The Indian Aadhaar system is a good example of this: if the real purpose is to provide access to bank accounts, medical services and more, then there would be no need to take it further. (Pramod Varma, the Chief Architect of Aadhaar explains how it works from the 2:00:30 mark of this recording at the UN). But research shows that the American public is more than ready to embrace biometrics too. Recent market research shows how 80% of the sampled Americans would like to replace their standard driving license with a biometric version on their smartphones.Mastercard asked Oxford University to carry out similar research in the UK. Conclusion: an overwhelming majority of 93% of mobile consumers would prefer biometrics to passwords. They call it 'mobility'.


"We are in the process of deploying a global platform that will
allow us to rely on biometrics as our primary identification vehicle.
We are at the start of a new revolution in mobile biometrics."
Top ten smartphones with fingerprint readers

The elite already have all the tools to make their ID2020 a reality. It is only a small step to simplifying everything down into ONE personal ID. It wouldn’t even take too much persuasion for the public to accept it. We are already there.

…but we can still choose to evade detection
But even if we were to carry a universal smart card or a chipped ID bracelet or a mobile phone that could open all the doors, we would still have a certain degree of freedom. We could go somewhere without it. We could undertake an action separate from the device that holds our ID, we could still communicate with someone outside its reach. We could choose to evade its controlling power over us. And that is what is bothering them so much. ‘They’ don’t just want SOME control over us. They don’t even want a lot of control. They want it ALL. And the only invention that can give them this is an injectable biosensor with an ID number, deceiving the body into accepting it. Just like they are deceiving everyone into accepting their siren song of ‘ending poverty’, ‘saving the earth’ or ‘human rights for everyone’.

So the question is: who are ‘they’? Who are the people and the companies who are so frantically searching for the technology of this lying and deceiving ID chip?

Google: insatiable data giant
Let’s take a look at just one familiar name (although there are many more): Google. From its humble beginnings as a Stanford University research project by the name of Pagerank, it has become the world’s foremost collector of data. James Corbett made an excellent YouTube clip about Google’s origins. But how did Google become one the biggest driving forces behind the frantic search for the elusive identity biochip that can deceive our bodies with a fake ID, as I explained in Is there a Nanoworm in your Vaccine?

Posted by Bernice Bartelds at 18:09